Conservatively, the United States government estimates that nearly one million Americans have been exposed to toxic water at Camp Lejeune. The poisoned include veterans, Marines, sailors, Coast Guard, spouses, children (including those in utero), other family members, and civilian workers. The dangerous chemicals that poisoned Camp Lejeune drinking water are presumptively connected to causing many types of cancers, illnesses, and diseases. If you or a loved one were stationed at Camp Lejeune between 1953 and 1987 and drank water for at least 30 combined days, you may be eligible to submit a Camp Lejeune toxic water claim. Go to our camp Lejeune resource center to learn more about your Camp Lejeune claims.

Marine Corps Base Camp Lejeune was approved by Congress to be constructed on April 5, 1941, on an 11,000-acre tract of land in Jacksonville, NC. Situated on the shore of the Atlantic Ocean, the base was the perfect location for amphibious assault training. The close proximity to several deep water ports also allowed for quick deployment. As the base was constructed, Camp Lejeune grew into six satellite facilities, and so did the need for resources on the base. From the time of construction in 1941, several wells were dug to provide safe drinking, cooking, and cleaning water for the servicemembers and families stationed at the base, so they thought.

Between 1953 and 1987, servicemembers, military families, and civilian employees stationed at Camp Lejeune consumed poisoned drinking water. Camp Lejeune water toxin levels were 240 to 3600 times more toxic than the levels permitted by environmental safety and reasonable consumption standards. The toxic water contamination is linked to several of the base wells including Tarawa Terrace, Hadnot Point, and Holcomb Boulevard.

The primary toxins polluting the drinking water were VOC’s (volatile organic compounds). The poisoned water is attributed primarily to dry-cleaning solvents, degreasers, jet fuel, and chemicals used on heavy machinery. As a result of Camp Lejeune water testing, we know that over 70 toxins have been recorded in Camp Lejeune drinking water, containing some of the most toxic and harmful know to mankind including:

In 1980, the Environmental Protection Agency (EPA) enacted new regulations that required water testing at Camp Lejeune.  The EPA’s initial reports and testing illustrated heavily contaminated and toxic drinking water. In response to this report, the Marine Corps contracted a private company to monitor and test the quality of Camp Lejeune’s drinking water. The contractor’s testing resulted in high levels of contaminated water. The toxic water report was provided to Camp Lejeune officials in 1982. The Marine Corps ignored the toxic water reports and military families continued to drink contaminated water without knowing the truth. In 1983, Camp Lejeune officials reported to the EPA that there were no toxic environmental issues at Camp Lejeune. Subsequently, North Carolina agencies requested copies of the water testing, and Marine Corps officials declined to share the reports.

In 1984, an EPA superfund contractor conducted a review of Camp Lejeune’s water supply. The contractor’s review resulted in a finding of contaminated drinking water including dangerous levels of Benzene and other VOCs. As a result of this damaging revelation, the Marine Corps stopped using one of the contaminated wells. In 1989, the EPA officially declared Camp Lejeune and an off-site dry cleaning facility as superfund sites. 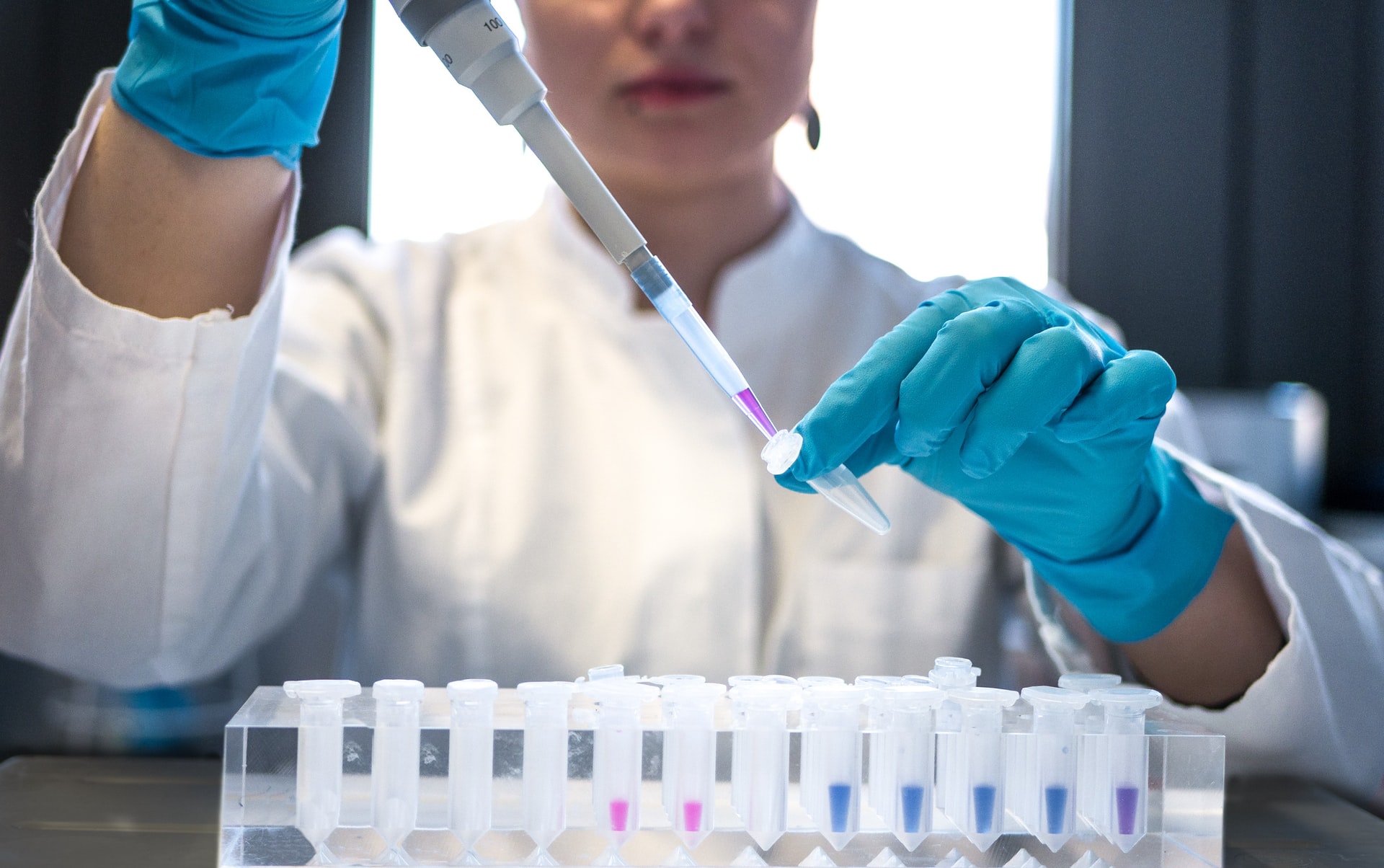 Consuming toxic water causes a number of serious medical complications. Medical evidence shows the toxic water at Camp Lejeune resulted in a generation of cancers, birth defects, female infertility, leukemia, Hodgkins Lymphoma, Non-Hodgkins Lymphoma, miscarriages, and other devastating illnesses and diseases. The comprehensive list on this page illustrates many of the know illnesses and diseases, but other medical conditions may apply to have a Camp Lejeune claim.

The Honoring Our Pact Act of 2022 will finally provide justice for military families and civilian families poisoned by Camp Lejeune’s toxic water. If enacted into law, toxic water victims who served, lived, or worked at Camp Lejeune between 1953 and 1987 (must have drank water for a cumulative 30 days) may be eligible for compensation including:

Pursuant to the Honoring Our PACT Act, any claims for toxic water compensation must be submitted to the United States Navy. The Navy will have 6 months to review and adjudicate claims. Camp Lejeune toxic water victims with unresolved claims after six months may be eligible to file a lawsuit in the United States District Court for the Eastern District of North Carolina. The lawsuit is directly related to the Camp Lejeune claim for compensation for illnesses and diseases presumptively connected to toxic water consumption.

Once signed into law, it is important to act fast. When filing a claim or lawsuit, time is of the essence. The Honoring Out Pact Act permits eligible Camp Lejeune toxic water victims to file claims within two (2) years of being enacted into law. Any Camp Lejeune toxic water victim that does not file a claim within two years may be barred forever. Again, you must first file your Camp Lejeune compensation claim with the United States Navy. If denied, you may be able to bring a lawsuit against the United States government for compensation. Contact us today for a free consultation. We will review your case and determine if you are eligible for compensation.

As with the Honoring Our PACT Act, claimants must show that they drank toxic water at Camp Lejeune for at least 30 combined days between 1953 and 1987 and that they or a family member suffered an injury, illness, or disease as a result of toxic water exposure.

Camp Lejeune Toxic Water Victims- How To File A Claim

If the Navy denies your Camp Lejeune claim for compensation, you may be able to file a lawsuit against the federal government in the U.S. District Court for the Eastern District of North Carolina.

IMPORTANT: If you were previously granted health or disability benefits from the VA for health conditions related to service at Camp Lejeune, your compensation may be reduced by any previous benefits awarded.

Camp Lejeune toxic water victims will be required to provide evidence relating to their time at Camp Lejeune which may include:

Passed by Congress in 2012, the Honoring America’s Veterans and Caring for Camp Lejeune Families Act qualified certain veterans and their families for medical benefits due to their exposure to contaminated water at Camp Lejeune. If you meet the qualifications and conditions to receive benefits, you may be entitled to reimbursements for out-of-pocket health care expenses. 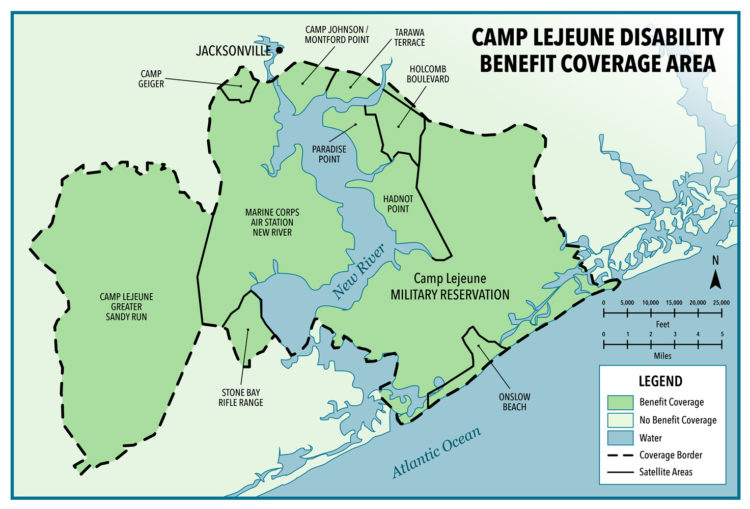 To qualify for medical benefits provided by the U.S. Department of Veterans Affairs (VA), veterans are required to have served on active duty at Camp Lejeune for at least 30 days between 1953 and 1987. Additionally, veterans must qualify by meeting one of the eligible medical conditions listed below.

How to File for VA Medical Benefits

To receive medical benefits from the VA for treatment of illnesses from Camp Lejeune water exposure, veterans or families need to fill out VA Form 10-10068: Camp Lejeune Family Member Program Application. Additionally, they will be required to submit documentation showing their eligibility including:

If the VA has denied your disability claim related to Camp Lejeune’s toxic water, you may soon be able to file a claim for compensation. Contact our VA Accredited Attorney for help and guidance. 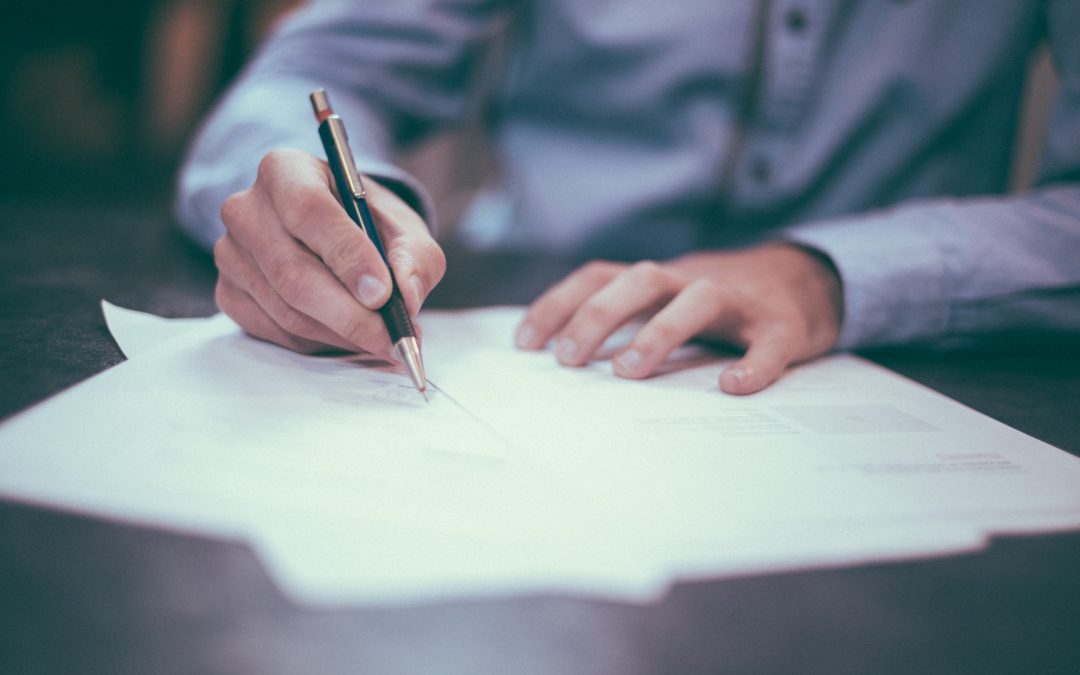 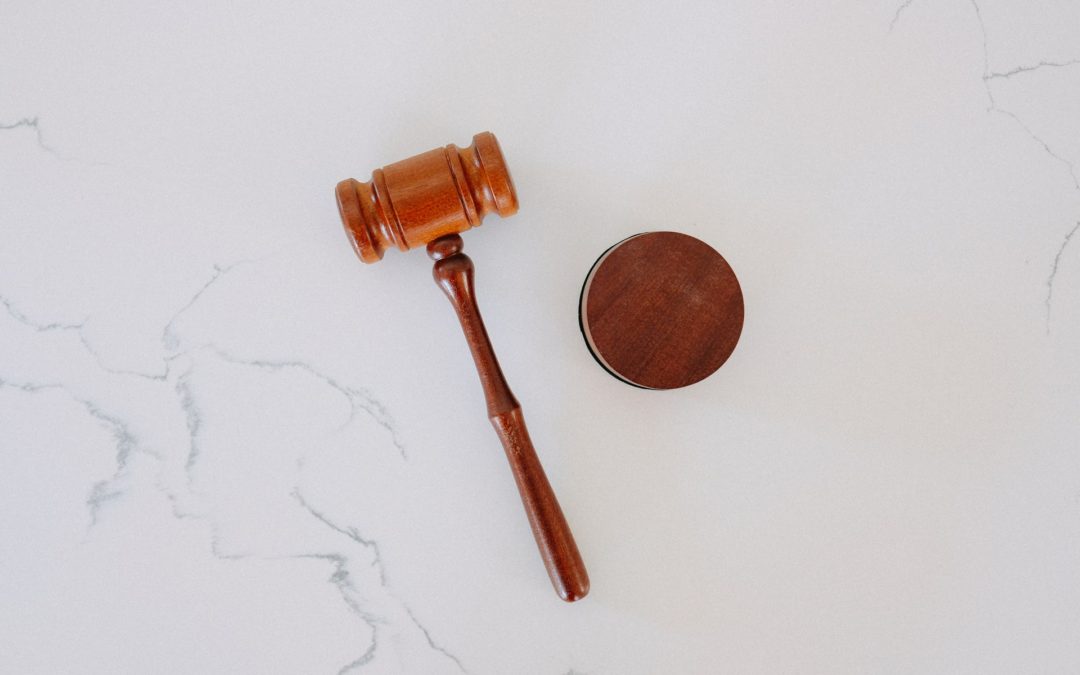 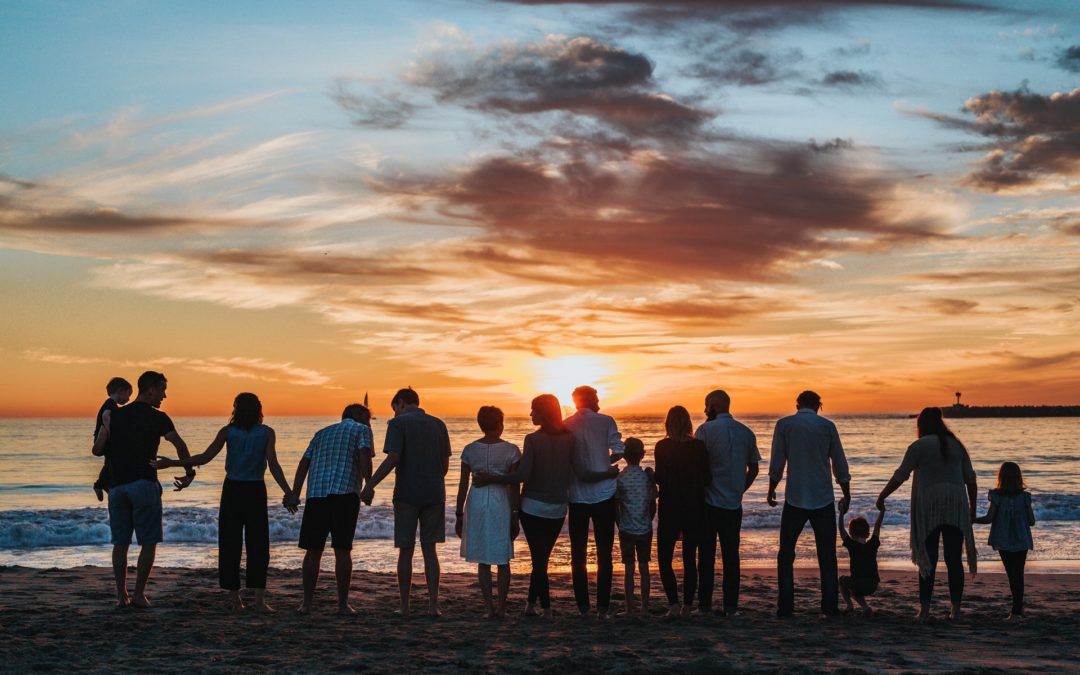 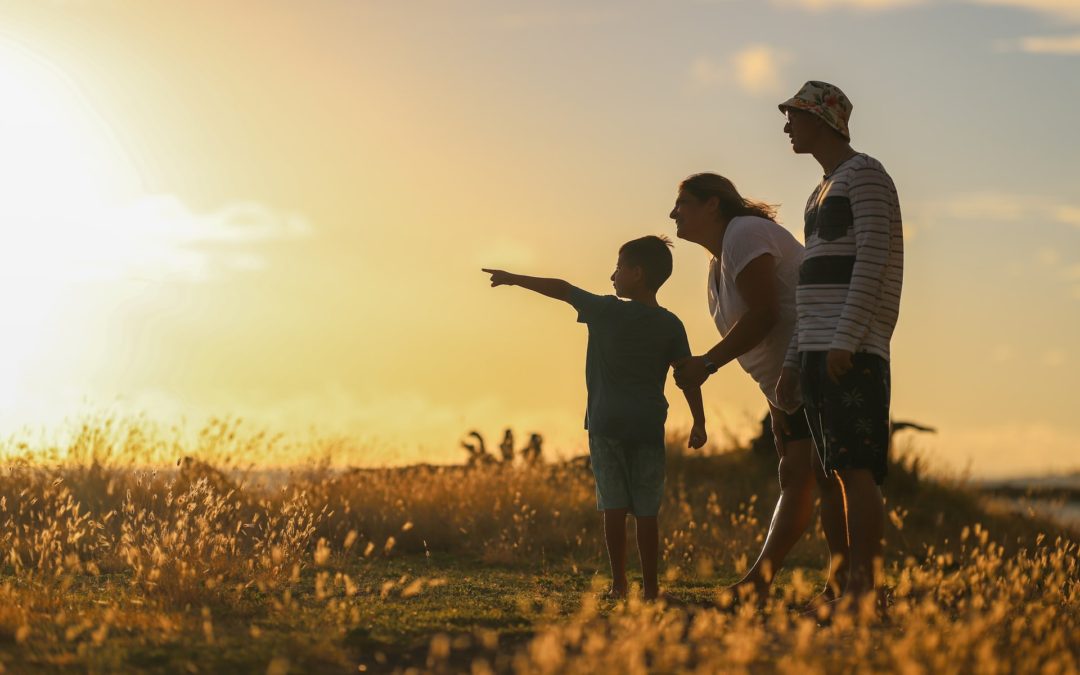 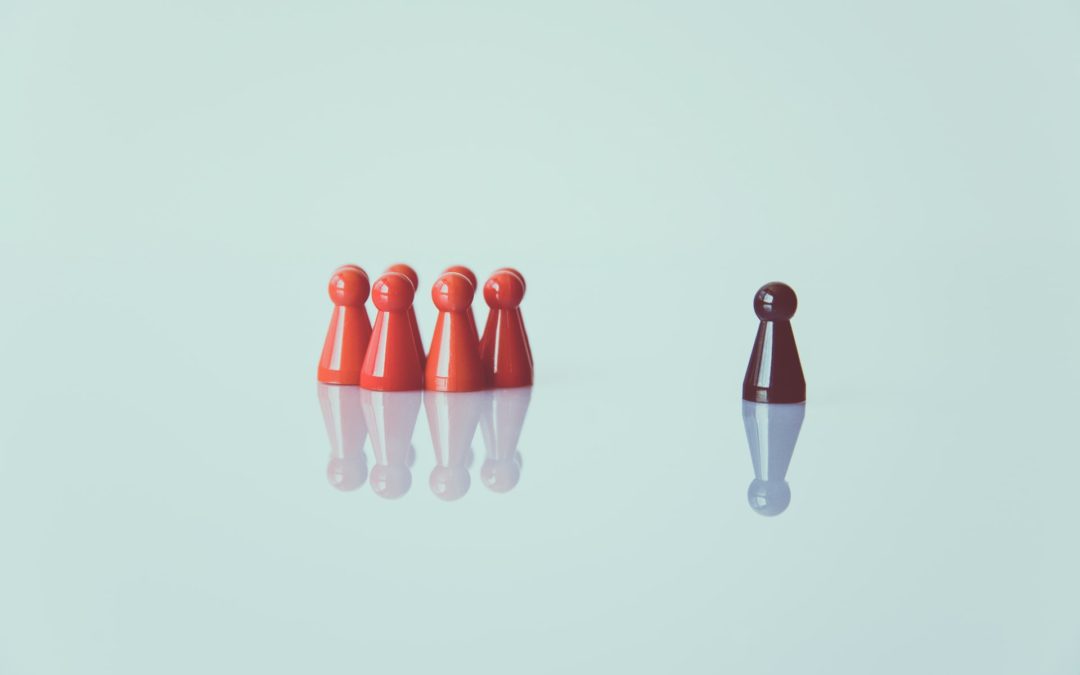 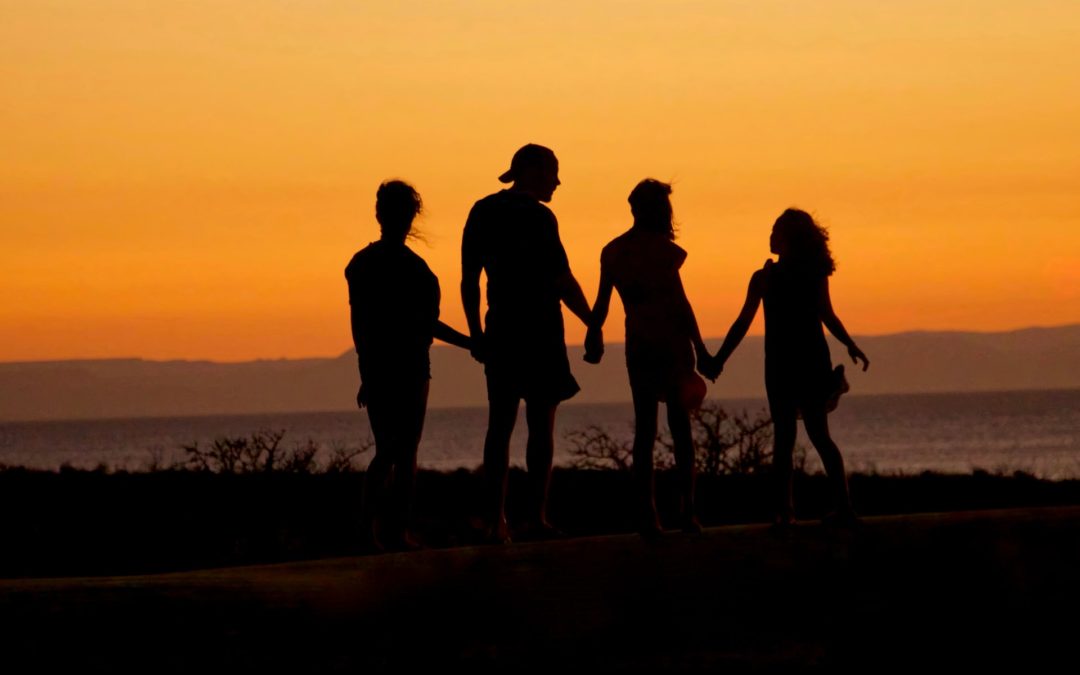 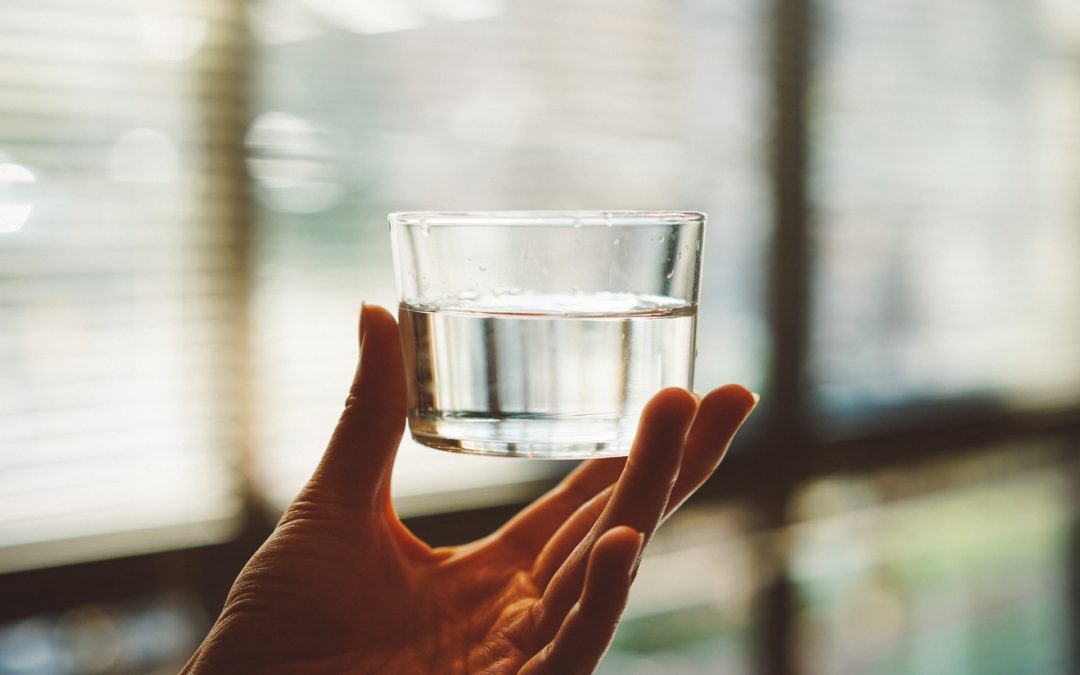 How much does a Camp Lejeune attorney cost?

We represent our Camp Lejeune clients on a contingency fee basis. There is no fee unless you win. We advance all costs on behalf of our clients.

Do you offer free consultations?

Yes! Each Camp Lejeune toxic water claim case is unique in its own ways. We would love to speak with you and provide the best strategy for your situation.

Do I have to live in Florida for Brochu Law to take my case?

No. Brochu Law represent clients nationwide, in all 50 states. No matter where you live in the United States, Brochu Law can represent you. Christopher J. Brochu is a VA accredited attorney and licensed to practice law in the State of Florida. Outside of Florida, Brochu Law works with local counsel in accordance with state and federal law.

I served at Camp Lejeune and my toxic water claim was denied, what can I do?

If you served at Camp Lejeune from 1953 to 1987 for at least 30 combined days and have health issues realted to the toxic water, you may be eligible for compensation. If the Honoring the PACT Act is signed into law, it would allow toxic water victims who were denied compensation to seek legal action against the federal government for damages. However, you will need to act fast becuase the legislation only provides a two year statute of limitations to file a claim.

If you were denied a claim, reach out to us today for a free consultation. We can help determine if you may be eligible for compensation.

What damages can victims of Camp Lejeune toxic water claim?

In a Camp Lejeune toxic water case, damages may include:

Yes! In addition to veterans, the following may also submit claims:

How do I receive benefits as a Camp Lejeune family member?

If eligible, the federal government will compensate vicims for the outlined damages above.

Didn’t find your answer? Reach out to us with your questions or schedule a free consultation!
Ask a Question